has been a mediator since 1986.  In that time he has conducted over 2,500 mediations.  Since the mid 1990s he has worked exclusively within the transformative frame.  He mediates primarily in the family and workplace arenas.  He has worked extensively for the United States Postal Service’s REDRESS Mediation Program as well as other government agencies with workplace mediation programs, including the Equal Employment Opportunity Commission and the New York State’s Division of Human Rights.  In addition, Mr. Miller has extensive experience in community mediation cases.  He serves often as a trainer of mediation, including programs in transformative mediation skills.  From 2014 through 2017 directed the Mediation Externship program at The Maurice A. Deane School of Law at Hofstra University.  His recent publications include Transformative Mediation and Lawyers: Insights from Practice and Theory, which he co-authored with Robert A. Baruch Bush, and which appeared as a chapter in Transformative Mediation: A Sourcebook: Resources for Conflict Intervention Practitioners and Programs, and Doing Something which was included in The Stories Mediators Tell, a collection of reminiscences by mediators, edited by Eric R. Galton and Lela P. Love.  Making Space for Contending Moral Talk in Criminal Matters, co-authored with Rochelle Arms and Jessica Goldberg will appear this summer in “Mediation Theory and Practice”, Volume 3, Issue 2.  He is on the Board of RJI - - Restorative Justice Initiative, an organization dedicated to the promulgation of restorative practices in the New York City area. 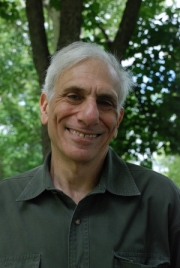